Where to go to experience Brazilian culture... 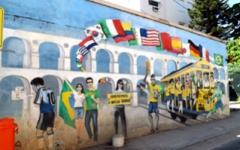 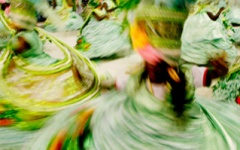 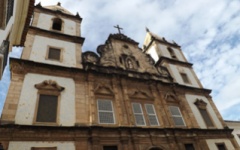 Brazil’s diverse history, dating back to pre-colonial times, makes it one of the most culturally diverse countries in South America. Originally inhabited by indigenous tribes, Portuguese ‘discovery’ and colonisation between the 16th and 18th centuries, combined with the effects of the slave trade and immigration from both Europe and Japan in the 20th century, have brought many changes to the demographic make-up of Brazil, producing a vibrant and exciting mix of cultures which spans across the length and breadth of the country.

Many will come to Brazil for the extravagant carnival processions which take place in February and are best seen in Rio or Salvador. For those with an interest in art and modern culture, the powerhouse city of São Paulo is the place to head to for museums and modern cultural initiatives. For colonial portuguese architecture, then the UNESCO listed centres of Salvador and Paraty provide a glimpse into this era of Brazil’s past.

One of the many reasons to visit Brazil is for its colonial history. While much of Rio de Janeiro's colonial architecture has been demolished, there are pockets of the city, including its historical centre and the pretty hilltop district of Santa Teresa where Portugal’s colonial influence is still evident. Two of the best places to see colonial architecture elsewhere, are the UNESCO heritage listed port town of Paraty and the northern city of Salvador da Bahia with its steep cobbled streets, coloured townhouses and ornate churches laden in gold.

A key entry point for the slave trade, Salvador da Bahia is also the capital of African culture in Brazil. In this sunshine-filled, coastal city, candomblé temples are found alongside Catholic churches built by the Portuguese, troupe orchestras fill the streets with rhythmic drumming, samba groups take over the main squares and the martial art ballet of capoeira is performed on street corners. Its vibrant cultural mix makes it one of the most lively and fascinating places to visit in Brazil and while its Carnival celebrations aren’t as extravagant as those in Rio, the atmosphere is just as good.

For those interested in getting away from the cities and experiencing Brazilian gaúcho culture, visiting the Pantanal offers a chance to see and experience a traditional way of life where local people have a real affinity with the land and the animals around them. In states like Mato Grosso do Sul, roads can stretch for four of five hours with only cattle farms around, meaning life moves at a much slower pace. Like most places, the reality of life in the Brazilian countryside is very different to that in the cities. As a result, there is a much greater focus on community and nature which makes for an interesting and eye-opening experience.

The best regions for Culture: